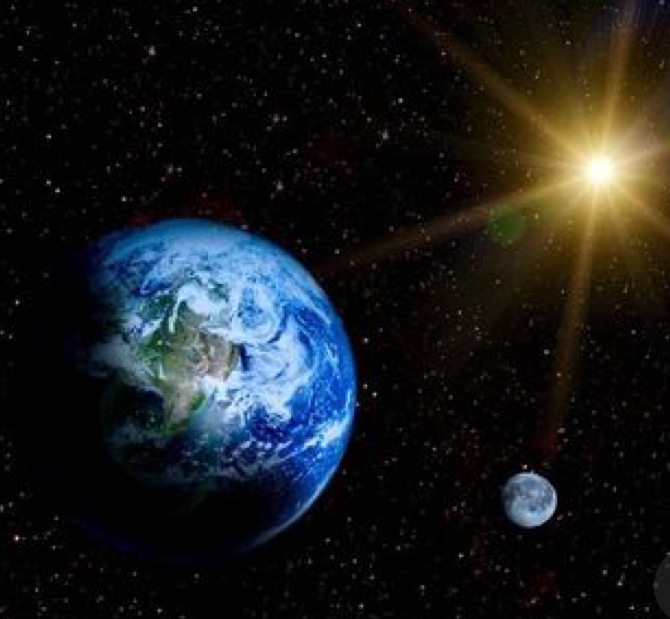 Based on the Ohr HaChaim HaKadosh

It is the day after Isru Chag, the “binding up” or in-gathering of all the “light” that we were privy to over the Chag.   With Breishis, we start to manifest the potential that has been bestowed upon us for the year to come.  We need to create vessels to hold it, and as you know, we ourselves are the ultimate vessels.

So, what happens now?  Where do we go from here?  How do we not fall into the trap of depression as the Yamim Tovim fall behind us?

The Ohr Hachayim Hakadosh offers twenty interpretations of the first few verses of the Torah, on the very first word, “בראשית”. The twentieth one is poignantly beautiful and sums up our purpose on earth.  It also makes clear that the period of closeness is for the sake of what’s to follow as we embark in our own process of integration.  As we move from Tishrei into our routines we are essentially moving into a space of “nexus”, where light meets vessel.  He says:

“In the beginning Elokim created the Heavens and the Earth” – man is comprised of two components, body and soul, hinted to in the words “Heaven” and “Earth”, since his body was taken from the earth and his soul was blown into his nostrils by Hashem.

The purpose of man’s creation is that he may convert his “earthiness”, i.e. physicality, into into G-dliness and ruchniut (spirituality), into “Heaven”. When he succeeds in transforming his body’s dense physicality into holiness and light, he is called a tzaddik (or tzadeekes!) and satisfies the purpose of all creation.

The other alternative is for man to allow his precious and holy soul, the component called “heaven”,  to be pulled into the muck of his “earth”, his courser existence.  This is the choice of the reshaim, the wicked.

Let’s see how this plays out in the ensuing verses!

“And the land was tohu and vohu – emptiness and chaos.” The land refers to man’s body, the base animalistic layer of his unrectified humanity.

“And there was darkness…” This is the yetzer hara, since the evil inclination is called “darkness”…

“On the face of the deep.” The Evil inclination at this stage rules the body with a supreme monopoly.  Like a black hole, the body just absorbs more and more of the evil one’s darkness into an imploding abyss devoid of Hashem.

“And the Spirit of G-d hovered on the face of the water… the spirit of Hashem, prohibited from entering the body of man, cannot penetrate to redeem him with its simple force of goodness.

“And G-d said, “let there be light”.  Hashem sends the only possible agent of change into the darkness of the body to transform it – the soul, carrier of light, itself hewn from the throne of Glory and a piece of G-d Himself. In this way, we do not have to drown in the mire and muck of our baser natures.

“And G-d saw the light that it was good.” What was previously an impossible set-up now has a fighting chance. We can succeed in this world and the story of creation WILL have a good ending.

“And G-d separated between the light and the darkness…”  But He didn’t remove the darkness.  In order for us to truly earn the highest good, the battle remains.  Evil will only be neutralized on the day that history is complete, with the coming of Moshiach.

“And He calls the light “day” and the dark “night”” – let us not get confused between them. Let the chaos and emptiness of a purely physical existence be infused with our light and thereby become transformed.  We can only achieve this when we have clarity, know what is what, and call it such.

“And it was evening, and it was morning, one day”.  Together the darkness and the light set the stage of our lives and are ultimately One in creating the most perfect world – a rich inner world, for us to transform the darkness into light.