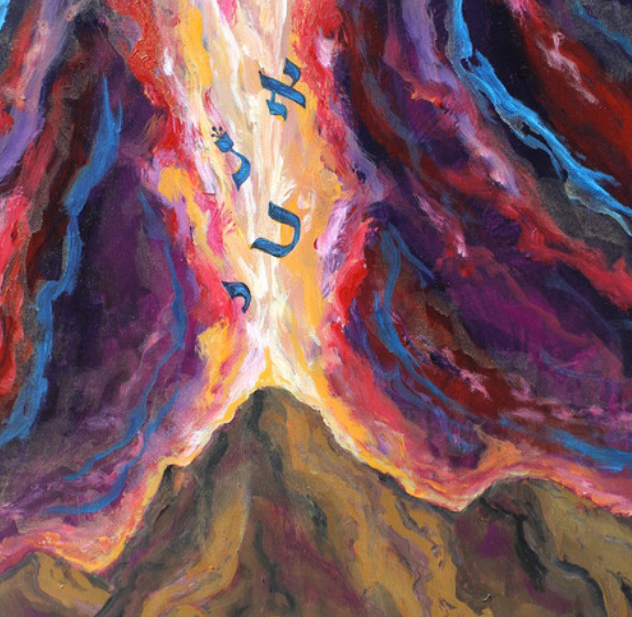 There are two aspects of this introduction to the giving of the Torah that beg questioning.  Firstly, why did Hashem address the women first? Secondly, why the necessity of directing the soft speech to the women while reserving the harsh aspects (the preciseness of Jewish law and retribution for transgression) for the men? Surely the exactitude of Jewish Law applies to both genders?

The first point to note is that the Torah’s mission of crafting us into a holy nation and kingdom of priests was presented to men and women in complete equality.  Both men and women hold the esteemed position of responding to the call of Hashem to carry His Name in this world. And not only that, but women were enjoined first.

What then is the significance of adjusting the tone of the teaching?  Why on the cusp of the Jewish people’s acceptance of Hashem’s lofty mission is the softness of speech towards the women of such importance? “And you shall teach them,” says Hashem, “with soft speech”. Is it because women are more sensitive as anecdotal evidence would seem to support 😉 ?

As already explained, the immutable laws of the Torah are the binding reality for both genders, so don’t be satisfied with this appealing yet superfical answer.  Why does the method of delivery mysteriously change for woman of the self-same set of laws and how does this serve as guidance for the woman’s path that is about to ensue over the next several thousands of years?  The phraseology in this seminal verse alludes to something deeper, let us explore what this could be.

Rav Shlanger, student of Rav Moshe Shapiro and author of Sefer Ohel Rachel, teaches that Torah need not be presented to the women with harsh speech because it just simply isn’t necessary.  For women, Torah is a natural description of reality and when she is aligned with her innate self all its truths and teachings are easily absorbed.   Alternatively expressed, the essence of a woman is completely different to that of a man and therefore the instructions are given with advice for its implementation that directly relate to that essence.  Whereas men are instructed to participate in their service of Hashem through great effort and over-coming of the yetzer hara/ evil inclination, the path of a woman is one of serenity (I know you are laughing now, but keep reading).  Her “work” is to allow her natural drives to surface and allow a tranquility to emerge which is the way she brings Torah into her home.  For a woman in today, this means tapping into a fierce internality inside her and discovering that the inclinations of her heart are already compatible with what Hashem most deeply wants of her.

Surprise!  The very thing that you desired has been present all along, waiting to be unearthed, in your own heart.

In the essential Gemora on the subject in Brochos (17a), we learn that the promised reward for women in the world to come is greater than that of men.  As is quoted there; “women of tranquility arise, listen to My voice, daughters of security hearken to my teaching.” (Isiah 32:9)

All that is required of a woman is to listen to Hashem’s message, a surprisingly passive act that holds within it so much power.  By attuning our ears, what we find is none other than all potential possibilities of growth contained in their entirety within our own being, much like the potential of all possible progeny existing from birth within a female’s body.

This is the security and the tranquility that is ours as referred to in the above quoted verse ensuring our place in the World to Come.   Perhaps this is a  deeper meaning in the blessing that women say every morning; “Blessed are you Hashem .. for fashioning me according to Your Will.”  As a woman, I am prepared to directly receive and imbibe Your Will, Hashem.  As we read in Pirkei Avos, the height of spiritual achievement is to “make our will Hashem’s will”. This is falls most naturally into the groove that is carved out by the very essence of our femininity.

In contrast to the described natural spiritual connection and its accompanying tranquility that is available to women who learn the technique of accessing their personal relationship to Hashem, a man’s journey to Hashem is one that necessitates words of “harshness”, including the minutia of halachic observance and G-d forbid the weight of accountability.  His path is one of endurance and constant battle.  He must contend with his drives, overcome the forces of obstruction and empower himself to come out on top in a competitive world.  “It is the way of a man to conquer and not the way of a woman to conquer.”  “Man, for toil, was born.” Advancement in the spheres of commerce, politics or even Torah learning comes with the price of gearing oneself up for opposition and putting in one’s max to succeed.  Such is the way for a man should he want to earn his material or spiritual success.  And since this process requires supreme effort, it was necessary for the Torah to be given with strong language that will motivate him according to the nature of his task, that he understands both the stakes and the strength required to achieve these ends. Even the Hebrew word bread “לחם” (a code term for earning a living) comes from the root “מלחמה”, war.  These concept of toil and battle come right into the Beis Medrash as the מלחמה of Torah, the robust learning process that chavrusas/study partners embark upon as a way of deciphering out the most salient truth from the varying viewpoints.

Even in the realm of the pursuit of Fear of Heaven, the verse tells us that for the man; “If you seek it out like money and search for it like jewels, you will then understand Fear of Hashem and the knowledge of the Divine you will find”.  Contrast this to the verses of the Aishes Chayil/ Woman of Valor where fear of Hashem is naturally residing within her and only needs to be unsheathed like a pearl in an oyster under the sea; “A women who fears G-d, she shall be praised”.

This is the soft speech with which the Torah was given to her.  It is not something “out there” that has to be conquered and acquired, but hiding in the most unlikely (or likely) place; in her heart.  The proverbial lost treasure is found in the most surprising place of our own homes.  What a contrasting picture to the subliminal message that society has us believe that all that we need to feel complete is outside of us.  The Torah of women tells us otherwise; your fulfillment is waiting for you, already. Open the door, and come home.

“All the glory of the King’s daughter is inside”.  Like the pearls of Aishes Chayil, all the honor and wholeness that she desires is already available within her, closer than we can imagine. “It is not far from you”, לא רחוקה היא ממך …all that you desire.

“How great is a good woman, the Torah itself is compared to her.” She is a self-contained unit filled with only the purest good, as such she is likened to the Torah.  Whereas Shlomo Hamelech describes a foolish woman who loses all that is precious; “she who sits at the entrance of her home”, facing outwards, looking for her fulfillment from where it can by definition never arrive.   The quote from the gemara continues; “how bad is a bad woman; Gehinom itself is compared to her.”  Always being in a state of “fomo” – fear of missing out – is a pretty apt description of hell on earth.

Paradoxically, finding what is natural and already within requires quite a lot of effort.  A great woman might make it look easy, but in truth there is a tremendous amount of soul work in order to come to this place of tranquility and closeness to Hashem through our womanhood.  It is this that we will be seeking and BeH finding through the pages of this book. So although she may be practically exempt from many of the time-bound requirements of Torah and mitzvos, her essence is in fact creating the vessel to receive and hold the highest potential of Torah and mitzvos, bringing herself, her husband and her children closest to their highest potential.  Along this vein, it is no surprise that the Torah was given to her first, with “soft speech”.

There is an analogy of a sculptor who with dedication, accuracy and artistry transformed a block of marble into a statue of an elephant.  The impressed spectators asked; how did you manage to transform the stone into a statue?  “Simple,” he replied, “I simply removed anything that wasn’t “elephant”.” Similarly, all we need to do to become the best version of ourselves is to remove all that is alien to us, including false layers of personality, bad emotional habits and mistaken belief systems in order to reveal our intrinsic beauty.

In summary, soft speech is used when the instructions fall into the intrinsic nature of the commandee. This is the introduction into refining ourselves as women within the context of our roles as wives and mothers.  We already are “it”, were that we would embrace it.