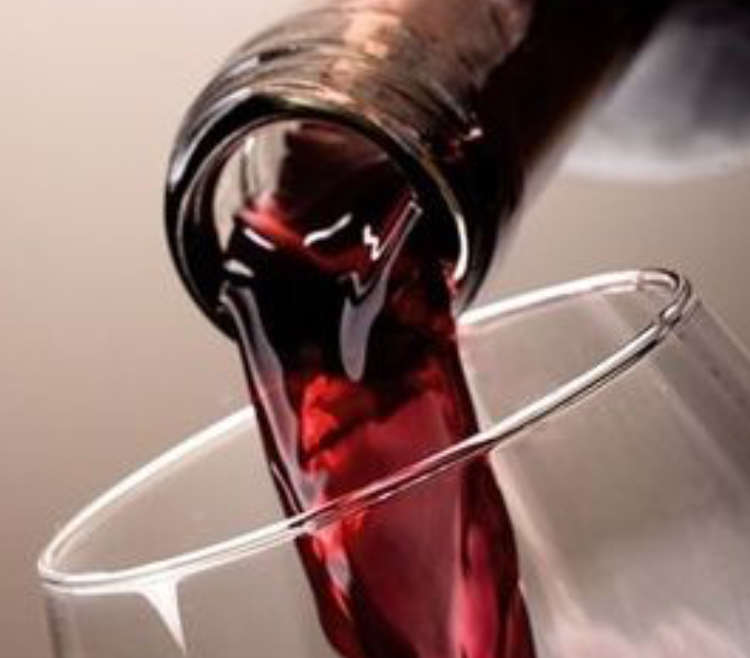 (This teaching is based on “From Eden to Purim” by Sarah Yehudit Schneider (http://astillsmallvoice.org/from-eden-to-purim/).)

I pray that my blog finds you well, busy preparing for the not so well understood yet pinnacle of the year holiday of Purim.

“He is truth, she is emuna” (Zohar).  The last book to be included in the 24 books of Tanach – the sealing the Written Torah  – transitioning us into the era of the long and deep exile of which we are still in.

Esther’s message of faith reverberates in our ears, as the name of Hashem doesn’t appear once in the entire scroll… and yet, He is everywhere.

The Talmud states that of all the chagim that we celebrate in the Jewish year, only one will remain after the final redemption – and that is the festival of Purim.  What is it about Purim that is eternal and will never be out-dated, as the festivals relating to the exodus from Egypt will become outdated so to speak once the ultimate redemption has arrived?

In order to answer this question, it is necessary to explore a curious connection between the events that transpired in the Garden of Eden at the inception of history and the events of the Book of Esther.

STORY ONE: Synopsis of the story in the garden of Eden: Hashem says, “Don’t eat from the tree of knowledge of good and evil” (reputed by the commentaries to have been a grape vine – the source of the most pleasurable of foods).  The serpent entices Chava to eat who in turn encourages Adam to partake of the forbidden fruit.  Hashem appears to them as says “המן העץ אכלת?” – “Did you eat from the tree??” (The Purim connection here already is stark – the gemora says that this phrase is where we find Haman hinted to in the Torah.  [Read the verse again with different vowelization – it says “Haman”.  Found in the first sin which severs us from G-d for the rest of time.  Of course.])

Adam answers G-d; “you see… um.. it’s this woman that you gave me …. Chava.  It’s her fault.”  Passing the blame to woman, the first marital breakdown of all time.

Chava then says, “it’s not my fault.  It is the serpent’s fault”.  No one owns up, curses and punishments abound and the stage is set for a more pathetic version of history than Hashem originally intended to unfold.  It is a long-winded journey to find our way back to Hashem and mend the world of its breakage that was the result of disobeying Hashem’s command not to eat from the Eitz Hadaas – tree of knowledge of good and evil.

STORY TWO: the setting is Persia 70 years after the destruction of the first temple.  King Achashverosh, married to the grand-daughter of Nevuchadnezzar, the one who destroyed the temple and harassed the people, celebrates what appears to be a lost case for the Jews as the prophesy that relayed their return to their land after 70 years fails to occur.  He invites the Jews to partake of his royal feast with the best mashgichim and standards of kashrut.

Mordechai, the spiritual giant of the generation and voice of higher conscience, warns the people to not partake of the feast.  They feel pressured by the royal invitation and attend the forbidden feast.  The gemora reports that it is because they enjoyed the feast of achashverosh, the implicit celebration of the annihilation of Judiasm, that Hashem allowed Haman (read Hitler) to rise to power and plan “a total solution” of persecution.  Once again, Hashem is saying; “did you eat….”and the answer is yes, they ate. They derived pleasure of the body when the collective Jewish soul was weeping.

Here is where the story diverges.  Mordechai and Esther, the male-female couple and ambassadors of redemption, know that there is only one thing to do.  That is to own up and repent.  Esther instigates the 3 day fast and beseeches the king (Achashverosh) and the King (Hashem).  Through the power of prayer and teshuva, Hashem flips a disaster waiting to happen to a day of total relief and joy.  Esther, the woman, plays the lead role.

STORY 3: The events of Purim year to year as instructed  by the Shulchan Aruch; חייב אדם לבסומי עד דלא ידע בין ארור המן לברוך מרדכי – a man is obligated to drink until he doesn’t know the difference between blessed is modechai (i.e. “Good”) and cursed is Haman (I.e. Bad).

I will write that again for impact – and see the irony.  Let me remind you first of the command of G-d to Adam and Chava in the garden of Eden; “Do not eat  – – – from the tree of knowledge  – – – of good and evil”.

The instruction for the day of Purim; “DO drink wine until YOU DON’T KNOW the difference between GOOD and EVIL.”

The echo is clear – the two instructions parallel each other exactly – only the purim command is the exact reversal of the command in the garden of Eden to Adam and Chava. (Take a look at it again.)

The answer lies in the well-known comparison between Yom Kippurim and Purim.  Yom Kippurim – literally translated as “a day like Purim” alludes to the fact that although Jews generally relate to Yom Kippur as the holist of days, it is in fact a mere shadow to the day of Purim itself.  Let us understand this.

Yom Kippur – a day of devotion, serious soul accounting, repentance and forgiveness. It is easy to spot this as a holy day.  It is essentially a day of getting the distinction between good and evil very clear, as clear as clear can be.  We fast and inflict our bodies, admonish our physical tendencies and commit to serving only that which is good and spiritual to the best of our abilities.

Purim – a fun, seemingly hedonistic day, with lots of running around and meeting people, making happy, and drinking wine.  How could this be holier than Yom Kippur?

The answer is that although the basis of Judiasm is the ability to distinguish the difference between good and evil (which was the command given to the first man and woman, to avoid the tree that was a confusing mixture of them both), this does not touch the potential of Judiasm’s pinnacle of spiritual achievement. Hashem said; step one: stay safe.  Don’t engage with good when it is mixed in with evil.  Keep yourself clean.

(They didn’t listen and history unraveled from there.  There was a cosmic switch in the Purim story that gave us an ability to find the good within its mixture with evil which surpasses the ability of even Adam and Chava.)

In Persia, Mordechai says; “don’t go to the Glatt kosher feast.  It is evil.  Stay home”.

They didn’t listen.  And Haman comes into power.

And on Purim, story 3 – the flip of stories 1 and 2 – “drink wine – until you no longer know the difference between good and evil”.  That is the peak of service.

The secret of Purim is the ability to encounter the cosmic mixture of good and evil and remain firmed rooted in Hashem never-the-less.  This encounter then has the ability to highlight the blatant good – but even more importantly, to draw out the hidden good, the sparks of holiness encrusted in the veneer of evil.  All of a sudden, after Morchechai and Esther turn story number 2 around, we are not afraid of anything – as we see and connect to the holiness in what appears to be the furthest removed from our original preconceptions.  What used to appear as contradiction synthesizes into Unity.  Though Hashem’s name isn’t blatantly stamped on the Megilla – it is all holy and is everywhere within it.  Similarly, what is normally perceived as our enemy – the body – becomes the vehicle for reaching the highest levels of communion with Hashem.

What did Mordechai and Esther do to turn everything on its head?  To change the very fabric of spiritual reality and how we serve G-d? To fool-proof us from ever disconnected from Hashem again and making Purim the only holiday that will be celebrated for all eternity?

The answer is that Teshuva done from love brings the penitents to a level higher than they were before the sin in the first place.  The world started out in the Eden, G-d commands Adam and Chava not to eat.  They sin and reality falls down with them.

In the Purim story (what we are calling story 2) the teshuva was so deep and came from so much love that it welded the roots of their souls to their creator in a way that changed the very nature of our relationship. Purim is about seeing the unity despite the apparent disunity, feeling Hashem precisely while experiencing a corporeal story in earthly bodies, and seeing no contradiction between them.  That is true love.  That is enduring.

Hashem responded to this teshuva with the instructions to commemorate the day with feasting and drinking; you no longer need to remain sober to distinguish between good and evil, the desired goal and it’s opposite.  You have changed your position in relationship to me in such a fundamental way that no matter how strange and counter-intuitive things appear on the outside, you are firmly connected to me and don’t even need to keep your wits about you.  You can relax, let go and know that you are dancing in my embrace.

Let us come back to our original question; in this whole discussion of drinking and thereby reaching a level that surpasses the ability to distinguish between good and evil, how does this relate to women?

Aside from the practical fact that one parent needs to remain sober to drive the family home after the seuda, and the halachic pragmatic observation that the very essence of drinking is to reveal one’s essence without inhibition thereby rendering the act as distinctly “untznius” – immodest – for women, the fact women don’t drink means that it is not necessary for her to experience the height of the day through wine.  Clearly, drinking wine is the way for a man to reach this super-conscious state of d’vekus and connection to Hashem which resides above his intellect (which he distinctly turns off when he starts to drink) and is not necessary for a woman to do.

We will end with where we began; “He is truth, She is faith” (Zohar).  The mystical sources describe faith as the powerful spiritual capacity that resides exactly where it is than men are trying to go through drinking on Purim – above the restraints of their composed intellects.

It is there where woman already lives.

May we all be zoche – men and women – to achieve a connection to Hashem on this holiest of holiest of days – and perceive the good in all that is outwardly visible as such as well as all that is not perceivable as such – through the tremendous power of faith.