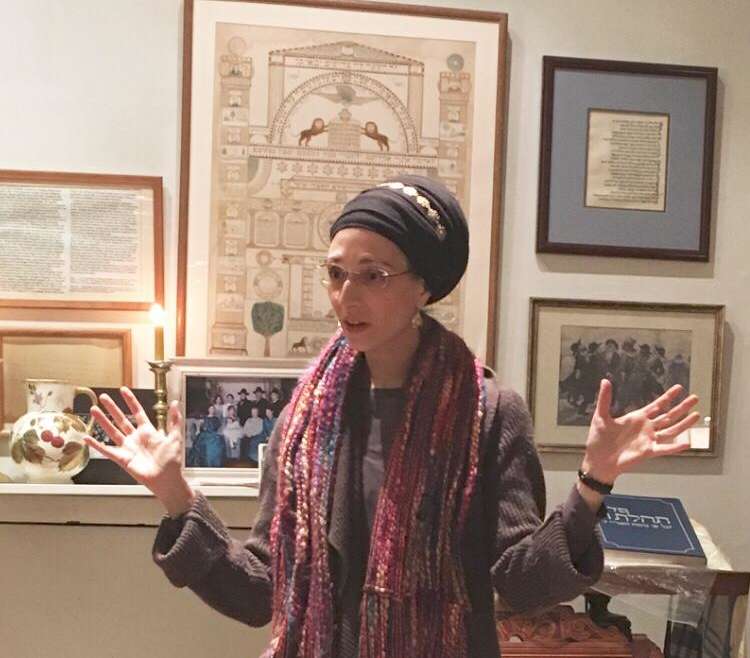 As the first snow of the season fell around Tzivia Chaya’s house on Tamarack Lane in in Pamona, Monsey, we sat ensconced in the warmth of a womb of becoming.

The women who carved the time out to travel from the surrounds of New York City were both curious and courageous.  Curious to see what is possible when we seek to bring light to vessel, and courageous to expand into a “new” Torah paradigm, to identify where they personally found themselves on the map of feminine potential, and to share their breakthroughs with others traveling a similar journey.

It is impossible to fully describe the terrain we traveled in our twenty-two hour immersive dive into the secrets of the feminine in the scope of this blog.   Though one thing is clear:  we are joining forces, all of us, to redeem the lost princess, the beloved feminine child, Hashem’s only daughter and the King’s “seventh child”.  (See my talk at the AMEN group HERE for more on this).

The lost princess is sometimes called the Torah (Shmot Rabba Parashas Teruma) and sometimes called Shabbos (see the Lecha Dodi prayer).  Shechina and Malchus are both apt names too (perhaps preferred by the mystically inclined).  As Jewish + Women, our femininity is the mashal for “the lost princess” and our Jewishness is our mandate to free her.  That means that as women, we are both representing her as well as actively involved in her redemption. Thus, our story of growth runs completely parallel to the approach of the messianic era.  For this reason, Rashi asserts that “women are close to Geula”  and chazal state prophetically, “in the merit of the righteous women in that generation (of moshaich) we will be redeemed”.

What was so special about the retreat was our quest to rise together as Jewish women into our fullest potential.  Since the feminine archetype is compared to the moon, a moon aglow represents the pinnacle of feminine spiritual achievement.  However, the glow of the moon will be so great (Isiah 30:26), perfectly reflecting all the light of the sun without losing even a drop, that it will indeed emit light like a sun.  When that happens, the night itself will become no more.  Hence, the complete recovery of the moons’ diminishment will herald in another era – one that our sages describe, in the same passage there, as being filled with da’as of Hashem as water fills the sea.

That means, if you are adding this all up with me, that rising as Jewish women is synonymous with coming into our full consciousness.  Indeed, when the dark side of the moons is illuminated through sheer proximity to its own reflected light, it becomes dark no more.

Because nexus is designed to heal ourselves… and because nexus is the meeting point between light and vessel… we did this in real time.  The incredible group, through the supportive culture we had all co-created, was able to identify the transformations they were seeking that would shift them in a deep place inside, from where they could continue to navigate their lives in the real world aligned more with their essence.  Each of us were able to isolate the area or dark spot in our beings where we were operating out of unwittingly and then illuminate it with the light of Torah.  Though the love between us was palpable, the day was actually permeated with the quality of truth.  When we are in truth, we automatically iron out the creases and repair our internal frays.  If we were to keep applying this principle of bringing light to our darkness continually… we would continue to expand in consciousness and heal into the wholeness of what Hashem created us to be.  This was the melody of the day and the Torah we shared kept us thinking big and feeling supported by Hashem Himself in our quest to come closer to Him.

Of course, each woman’s growth was precious and personal.   If you want to get a feeling for the sorts of subconscious blocks that other women broke through, you can read Rochel’s poetic notes where she noted them in stunning simplicity, called “Malchus affirmations”, HERE (read to the end).  You will still be able to pick out a new tune that is starting to play through all of our hearts.

I wasn’t sure what to call the retreat when I invited you to it.  Looking back, its name is clear.  It was the Malchus retreat.  Malchus is the esoteric quality associated with the moon, and though the moon is said to “have nothing of her own” (she is merely the transmitter of the sun’s light), ironically, her qualities are many.  Some things we have wondered as women though we may not have given voice to are:  how do we rise and remain humble?  How do we shine and not evoke the jealousy of others?  How do we find and connect to our own light and not need to be pumped up from the outside?  What is motivating us?  How do we trust ourselves through-out our journey of ascent when we are so prone to self-doubt? What can we look forward to at the end, as it says in Aishes Chayil (Mishlei) “she who laughs on the last day”?  Indeed, the moon will share one crown with the sun as she initially intuited she would (Arizal, sha’ar mi’ut halevana).  But this will not be an expression of ego as it may have been originally.  These and others are the lessons of Malchus.  As you can infer, Malchus is so internal that it aligns with everything our teachers always taught us about tznius (modesty) and coming into our inner essence. And yet, paradoxically, Malchus is also the essence of leadership.

What I discovered is that meeting live in person, as wonderful as that is, requires the lining up of so many logistics.  Food, lodging, transportation, and baby-sitting.  The great news is that the teachings from the retreat were all extracted from the first series  at the Nexus school, Rise into your Feminine through Chava, and you can connect with them and the entire Nexus community by joining (HERE), learn in your own place and at your own pace, and fit it into your life.

The next cohort of Chava, is starting on Dec 22nd 2019.  It is your chanuka present!  Join HERE.  Join with a chavrusa for the chavrusa special.

To connect to the community email me at info@thenexus.org

The School is moving on!  Feb 12th 2020 BeH with the Imahos so stay tuned.  Chava is prerequisite. 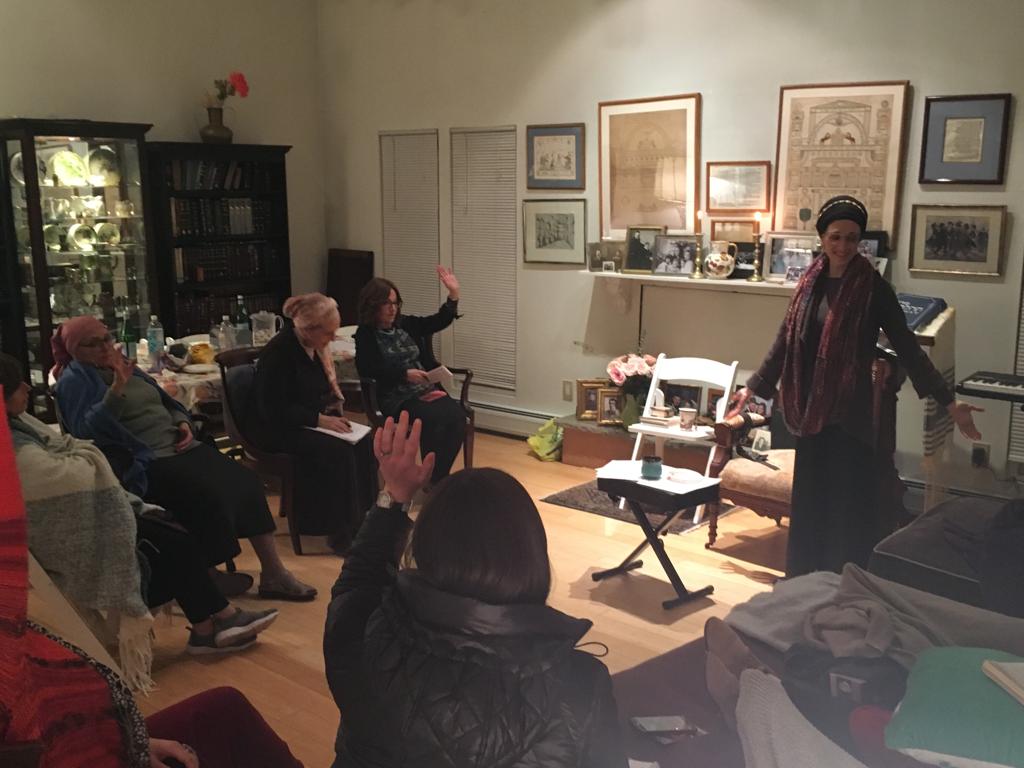 If you need help to pay tuition because you are in Klei Kodesh or you require financial assistance for other reasons, you can apply for a Torah discount.